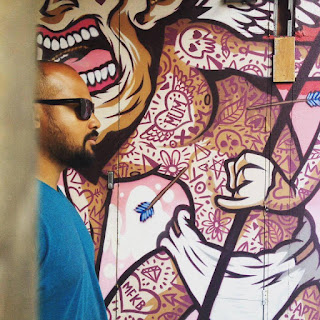 I m an self taught artist, with a mature style in over 20 years of experiments.
I describe my art as "urban"  with inspiration from graffiti and tattoos.
My works are defined by an alternation of abstract figuring that decomposes the subject and leaves it rediscovered in the viewer's imagination.
The overlapping of layers of color, each time marked by strong contrasts, creates the image of a barren space, a brush over which the passage of time has left strong traces and has tried to conceal the message. A wall as a window to a personal world.
The main objective of a painting is to complement a perfect image with a color game, transposing the viewer into a world of fantasy.